WeFreight Indonesia was recently appointed to carry some critical mining equipment from Fremantle, Australia, all the way to the site in Sulawesi island, Indonesia.

The scope of work included picking up the cargo from the supplier in Australia up to unloading at the site in Central Sulawesi. The shipment contained 2 x 40’Flat Racks and 2 x 40’ High Cube and the challenge started with getting the space and containers, which was not easy during the current situation. WeFreight managed to arrange for the shipment to arrive in Jakarta as per the committed timeline.

In order to avoid huge demurrage costs, the containers were reworked in Jakarta onto four flatbed trucks for transport to Sulawesi. The team completed the rework in one day over the weekend and the trucks departed immediately to catch the ferry. Sulawesi is one of Indonesia’s main islands where many mining companies operate from. The journey to the site took eight days and our team flew to Palu to catch the convoy before it went to the final destination point as the road is still pretty raw and weather conditions were not favourable.

Thankfully, all the trucks arrived safely at the planned site and unloading was completed on the same day. 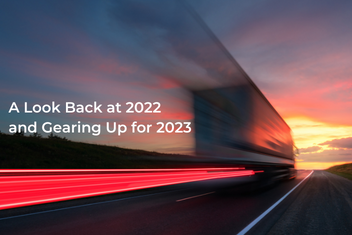 Dear Partners, As we close out another successful year, we wanted to take a moment to highlight some of the... Luxreisen GmbH is currently Europe’s most renowned orchestra and choir tour management expert located in Bonn, Germany. Over the past...

Stay up to date about
the latest news and insights

Want all the latest WeFreight news and insights delivered
directly to your inbox? Subscribe to our newsletter and stay
updated on the latest developments.

Want all the latest WeFreight news and insights delivered directly to your inbox? Subscribe to our newsletter and stay updated on the latest developments.